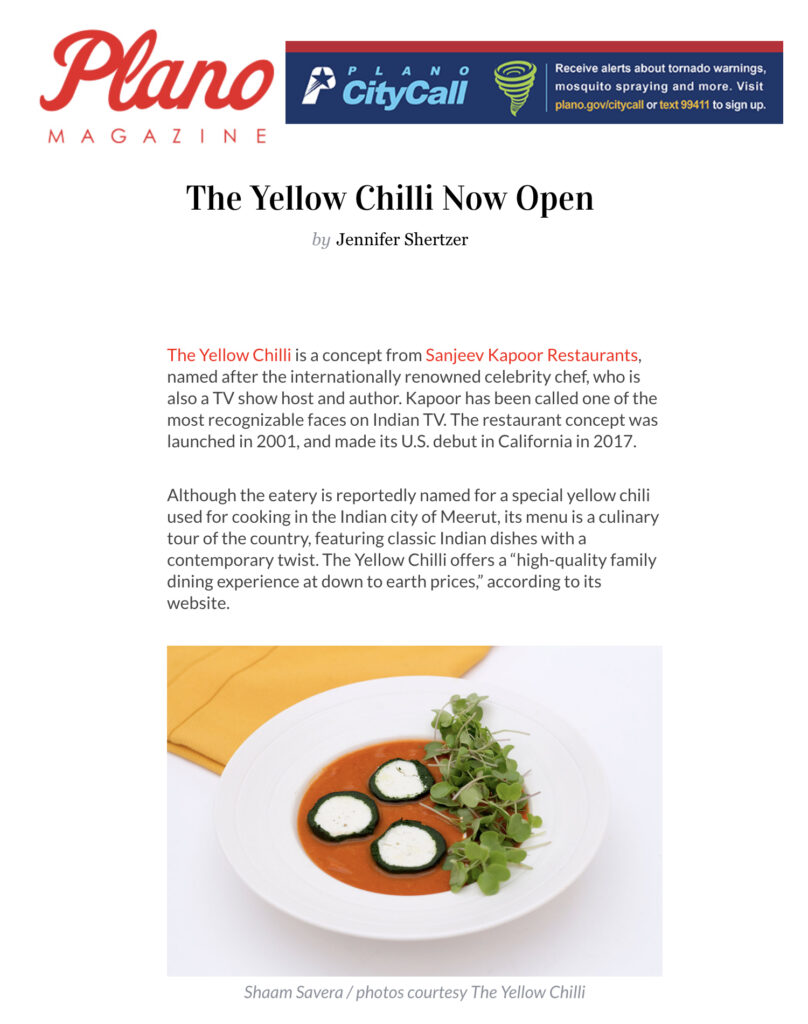 June 9, 2020 — The Yellow Chilli is a concept from Sanjeev Kapoor Restaurants, named after the internationally renowned celebrity chef, who is also a TV show host and author. Kapoor has been called one of the most recognizable faces on Indian TV. The restaurant concept was launched in 2001, and made its U.S. debut in California in 2017.

Although the eatery is reportedly named for a special yellow chili used for cooking in the Indian city of Meerut, its menu is a culinary tour of the country, featuring classic Indian dishes with a contemporary twist. The Yellow Chilli offers a “high-quality family dining experience at down to earth prices,” according to its website.