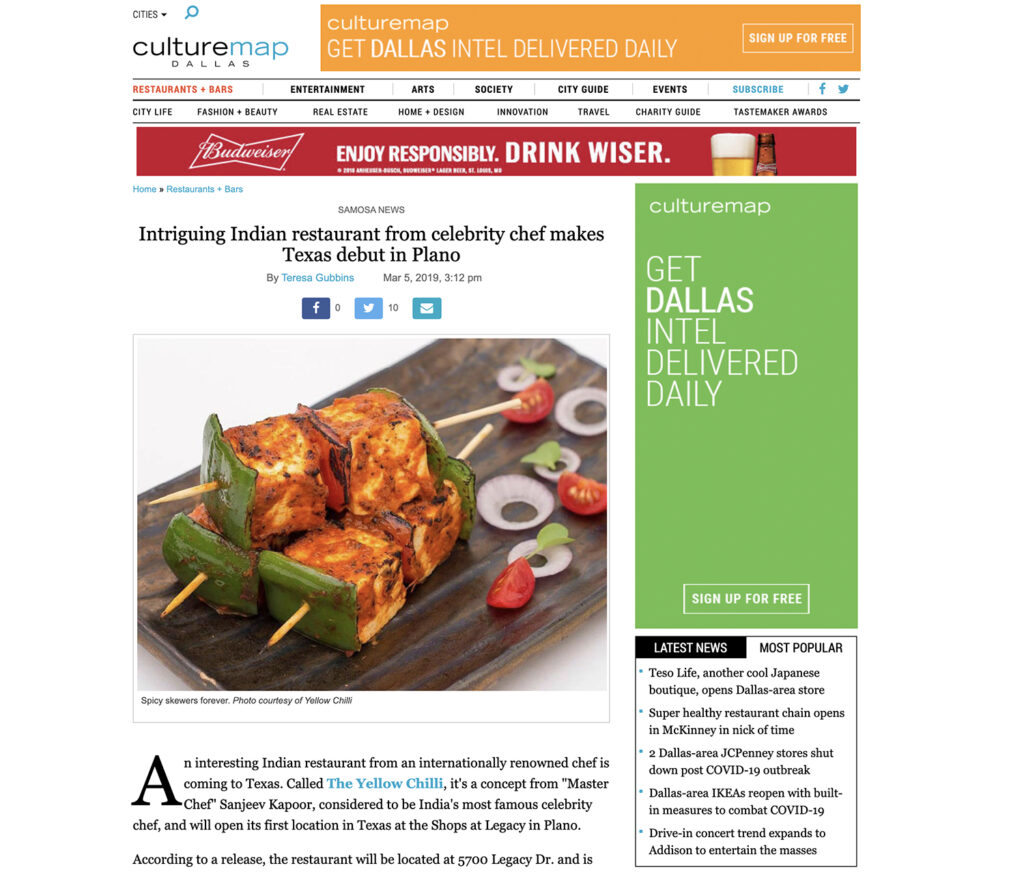 June 9, 2020 — An interesting Indian restaurant from an internationally renowned chef is coming to Texas. Called The Yellow Chilli, it’s a concept from “Master Chef” Sanjeev Kapoor, considered to be India’s most famous celebrity chef, and will open its first location in Texas at the Shops at Legacy in Plano.

According to a release, the restaurant will be located at 5700 Legacy Dr. and is anticipated to open summer 2019.

Kapoor is a celebrated face of Indian cuisine, a restaurateur, TV host, winner of several culinary awards, and author of more than 150 best-selling cookbooks. He has endorsement deals and runs his own 24-hour food channel.